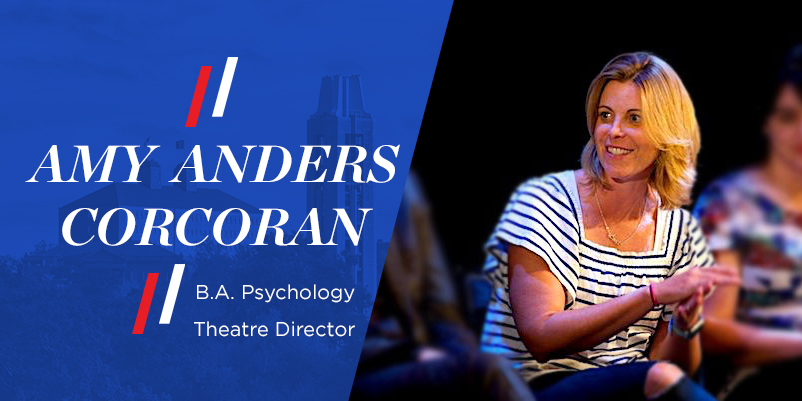 Why Amy’s a Hawk to Watch

Imagine criss-crossing the Atlantic throughout the year to work on hit musicals and cutting-edge creative works gracing some of the biggest stages in London, New York and beyond. That’s the life of Amy Anders Corcoran, a freelance theatre director, choreographer, script doctor, educator, and proud Jayhawk.

Amy’s journey to her current career was not a straight path. While she has always been involved in theatre, developing a love for dance and acting as a kid growing up in Topeka, Kansas, she chose to major in Psychology at the University of Kansas – like many students Amy didn’t have just one interest. But she kept up her passion for performance while at KU, and after graduation and a brief stint as a performer, Amy completed an MFA in directing at Penn State. Since then she has worked on shows performed at prestigious venues including The Guthrie, Asolo Rep, Goodspeed Musicals, Marriot Marquis on Broadway, and American Conservatory Theatre. Amy’s worked on many hit shows, including as an associate director for Disney’s ‘Freaky Friday’ and more recently for ‘Escape to Margaritaville,’ on Broadway.

A constant advocate of new works, Amy loves helping develop shows that try something novel. This September, she’ll be directing ‘Unexpected Joy’ in London as part of her work with Aria Entertainment, a company that develops and presents new and ground-breaking productions on both sides of the Atlantic. This passion for helping talent at the early stages of their careers has led Amy to return to KU to support productions here, including as the director and choreographer of ‘Little Women’ in 2016.

Amy loves working with creative people – collaboration is her favorite word. The key to developing these professional relationships is, in her words, the “invaluable” Psychology degree she received from the College of Liberal Arts & Sciences at the University of Kansas. 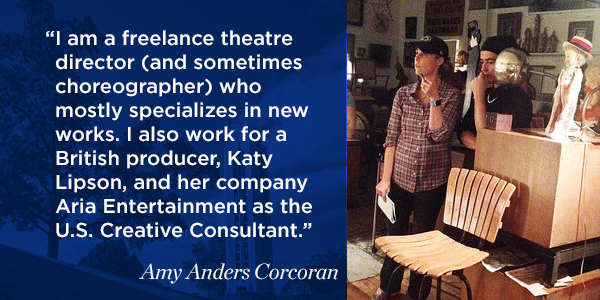 Working on Broadway and off-Broadway while having a toddler.

It was definitely when I was still a performer, 23 years old–fired from a cruise ship job before I even made it to the boat.  I was let go because I was too fat. That’s the harshness of this business. 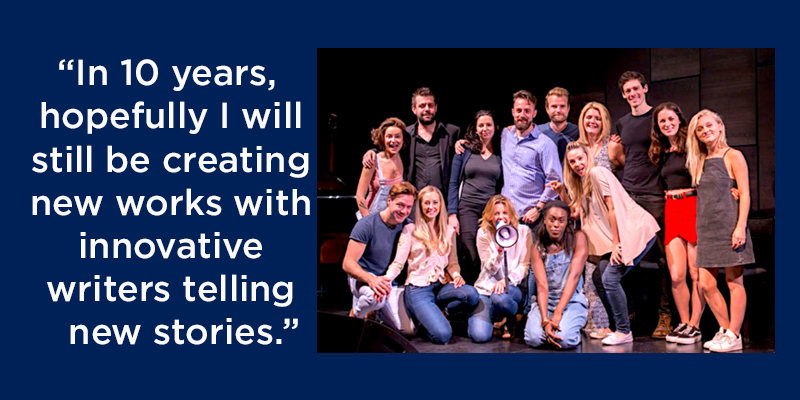 What do you know now that you wish you could tell your 18-year- old self? 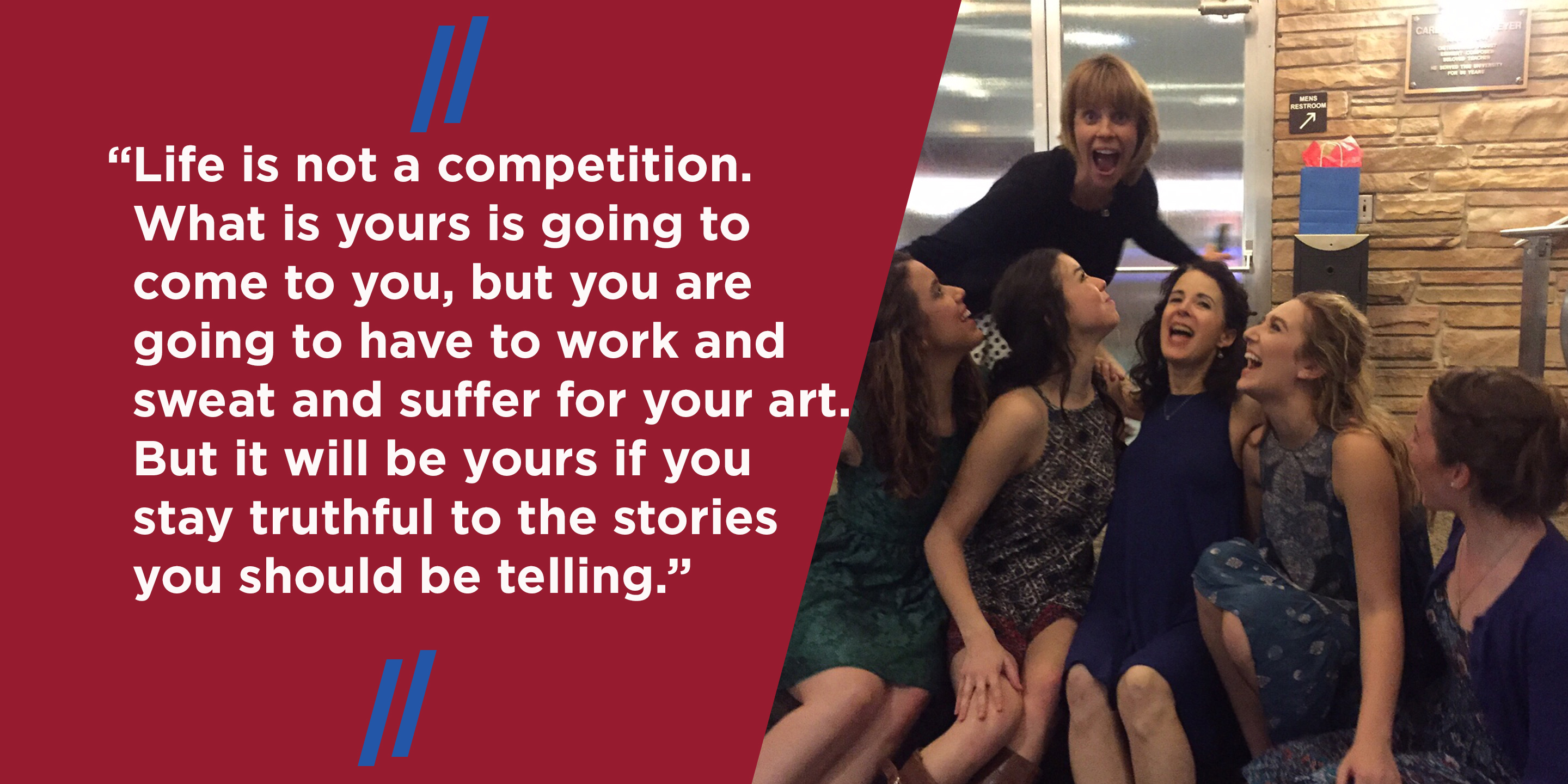 Make all the connections you can and say yes as often as you can early (life will get in the way later).  I said yes a lot to a lot of projects and opportunities at the beginning of my directing career and they have all served me by setting up relationships and connections. 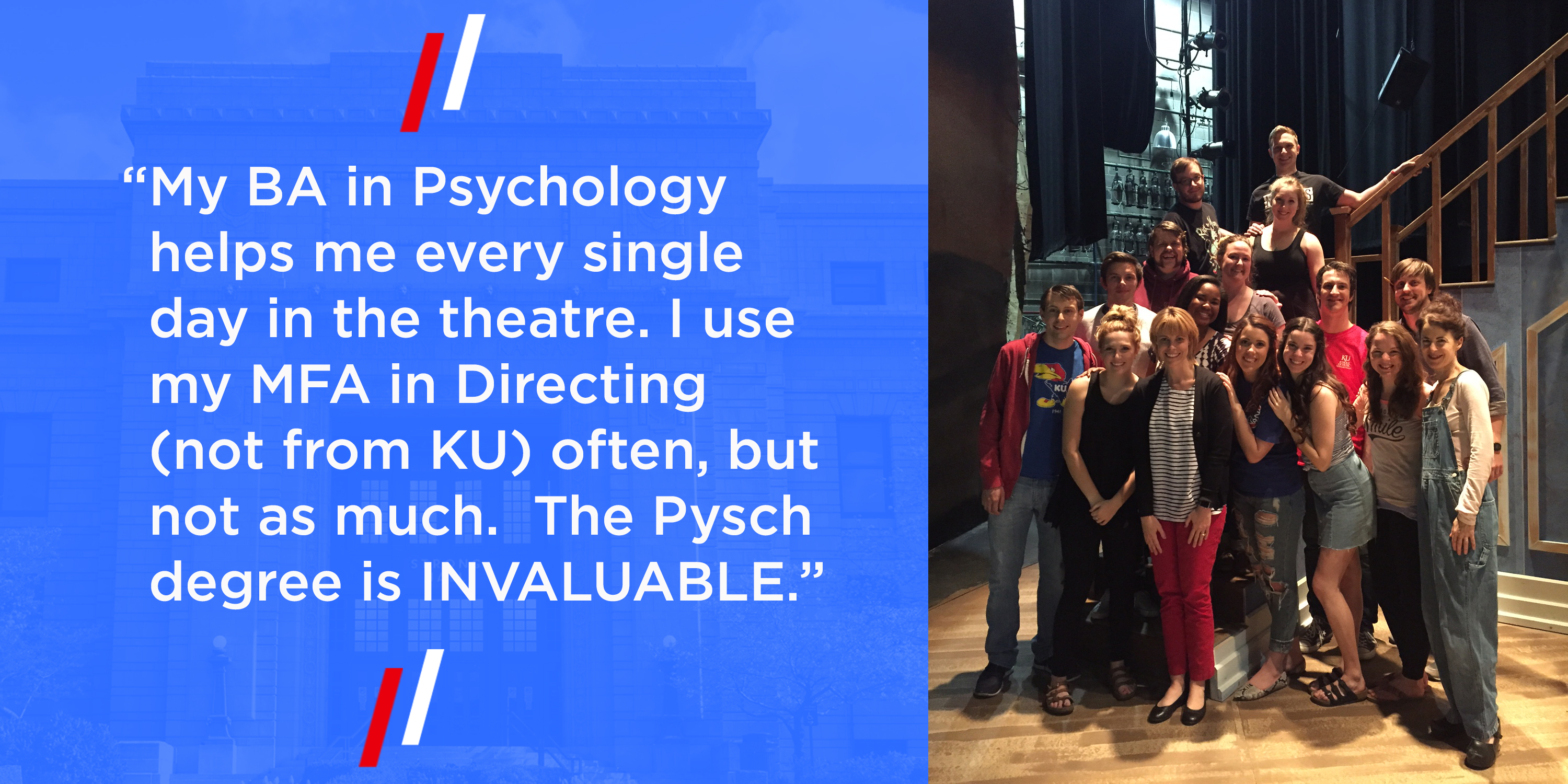 Camping out for basketball seats and going to England with the choir after my junior year.  That began my love affair with London, which continues to this day.

I read scripts or reply to emails.  There is no clocking out for a freelance director.

I married my high school sweetheart (also a Jayhawk).

Be like Amy. Here’s more information on studying Psychology at the University of Kansas.