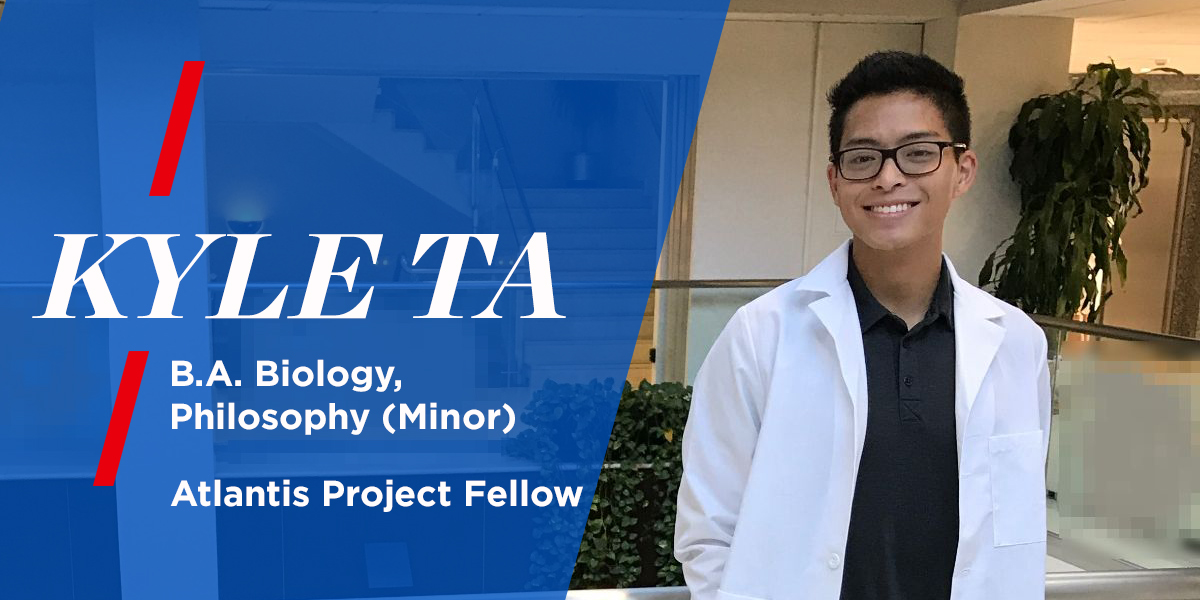 What were your responsibilities during your internship?

During my internship, we were required to attend shadowing opportunities in an assigned hospital and various departments for five hours a day, four times a week over the span of a month and a half.

Another responsibility was to gain immersion in the culture through weekly activities, whether it was visiting various towns and cities hours away from the heart of Madrid, or cultural lessons within the city, such as dancing and cooking.

What was your favorite part(s) of the internship?

I immensely enjoyed the various departments that I had been able to explore. Surgery was a particular field I was interested in, and cardiology was interesting in patient-doctor interactions. 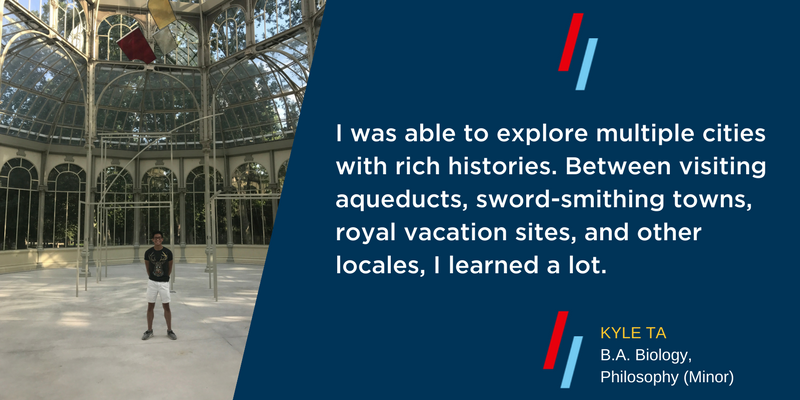 During my stay in Spain, I had also been afforded the opportunity to attend WorldPride Madrid 2017, which offered a wonderful insight into international and modern perspectives to cultural and societal issues.

What did you gain from the experience that will be valuable to you in the future?

It was interesting to see how the hospital was run and how different cultural norms, such as views on mental health and smoking, affected how patient-doctor relationships formed.

How did you find out about this internship?

I learned about this internship through the Office of Study Abroad. I had gone in two days before the deadline of the Gilman Scholarship application, and an advisor mentioned the program to me. I found it interesting, and within two days I had written two essays and received letters of recommendation, and set myself on the path to studying abroad.

What advice would you give students who are considering an internship? 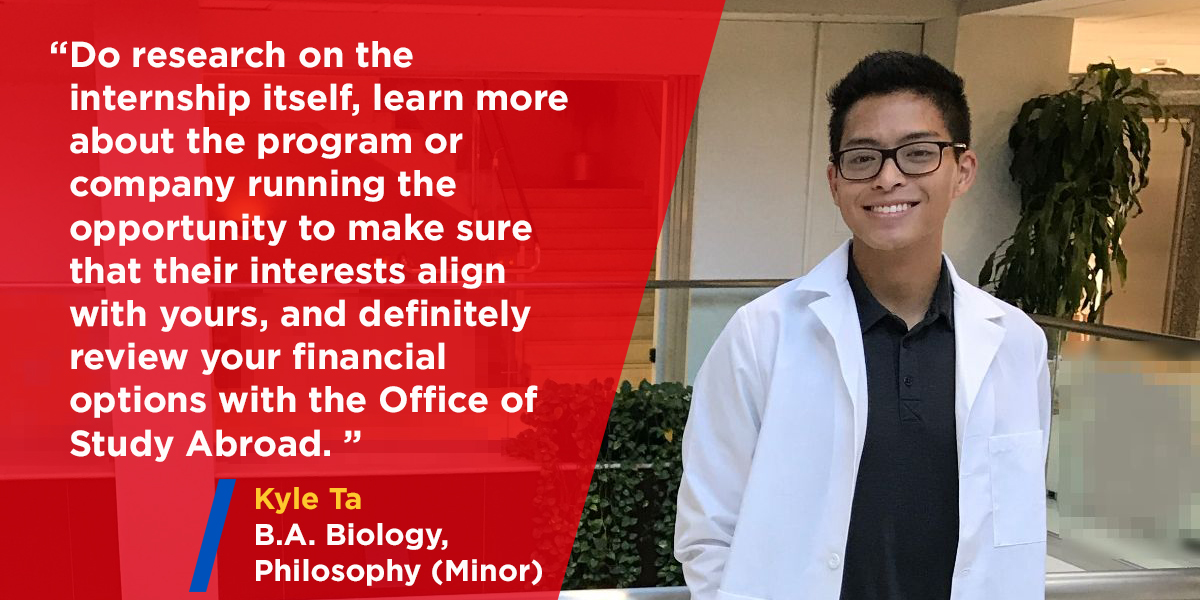 What do you plan to do next?

I plan to continue my studies in the United States, but with my perspective shifted toward a more global viewpoint. I am hoping to apply to medical school this year as a second-year student; I enjoyed the opportunity to be in a hospital and observe so much that I have changed my 4-year plan to graduate into a 3-year plan!

Why did you choose your majors/minors

I find that biology and philosophy compliment each other nicely. I always mention my biology major as more of a physical science, and philosophy as an abstract science. A factual understanding of the world as we know it is great on its own, but being able to critically think about what we learn, how to apply it, and why it is important is what really matters. Also, scientific method was derived from philosophers, the first scientists.

What do you like best about studying in the College of Liberal Arts & Sciences at KU? 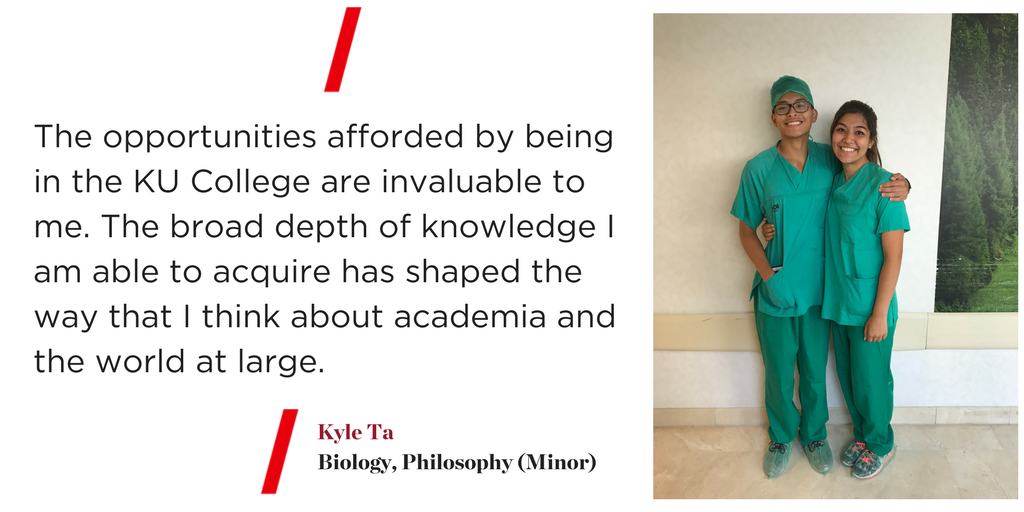 Of all of the colleges at KU, none other would have been able to provide me with the knowledge of a STEM field and the flexibility and intuition of a liberal arts degree.

My motivation, as a cliché, is helping others. I have always been an underdog, and despite that, have always tried my best to help other people by working in the service industry and as a tutor and mentor. My hope is that I can carry that passion of working with people into my desire to become a healthcare professional.

My favorite KU memory is…

It’s difficult to pinpoint a favorite memory at KU. Despite having attended KU for three semesters, I have learned more in my time here than I ever have in my life. I think that having traveled so much, being a member and now-president of a student organization that sends students to conferences and having been a fellow in the Hospital Shadowing in Spain program, would be my favorite set of experiences. I have learned so much and have traveled more than I ever have before. I think that has provided me with as much learning as in a classroom setting.

What would you tell your freshman self?

You can do research, you can receive scholarships dedicated for various academic experiences, and you can even get scholarships for being an active member in the KU community.

Who is your biggest inspiration? Personally or professionally?

My biggest inspiration would have to be the former president of the student organization I now run. He had been a hard working man, studying often, being an outspoken individual on campus, and ultimately was accepted into every graduate school he applied to. He’s now in his first year at Stanford, and I aspire to work just as hard as he did.

What would be the theme song for your life?

If I had to pick a theme song for my life, it would be one from pop culture, since nobody would know a random indie single. It’d have to be “Don’t Stop Believing,” and I think that speaks for itself.