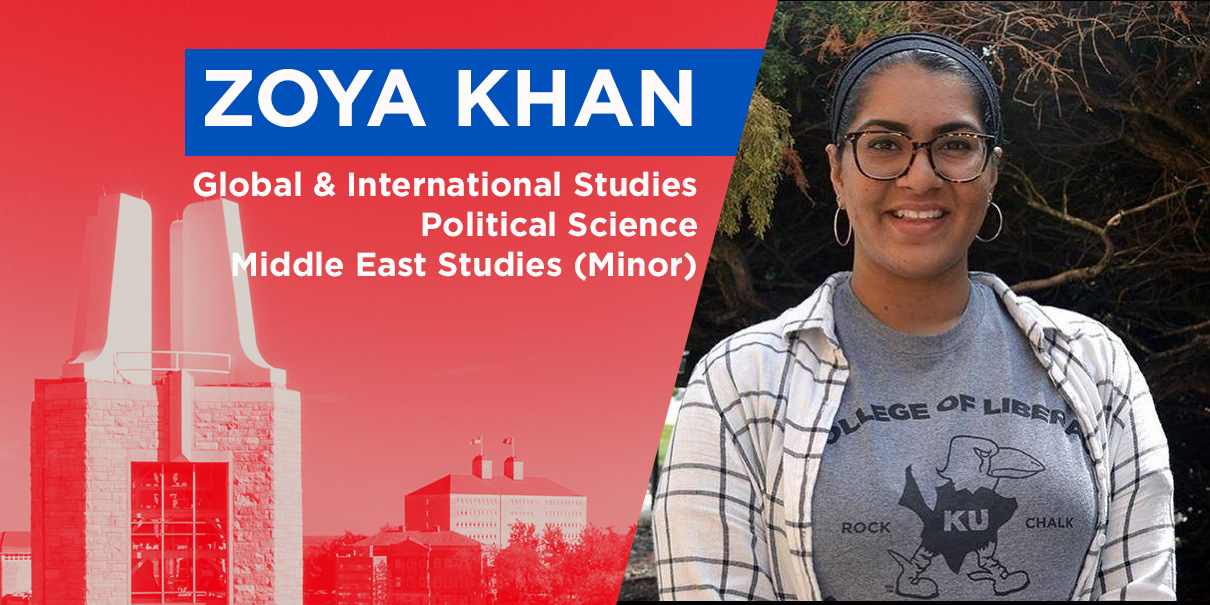 It’s hard to believe that Zoya Khan hasn’t been involved in politics all of her life. Since arriving at KU she’s served as a student senator, president of the Muslim Student Association, diversity, equity & inclusion ambassador for the College of Liberal Arts & Sciences, and has been a member of KU Students for Refugees,  the Dole Institute Student Advisory Board and International Studies Services. Zoya’s extraordinary service to the University of Kansas was recognized at the 2017 Homecoming football game when she was announced as one of two winners of the KU Alumni Association’s Excellence in Community, Education and Leadership (Ex.C.E.L.) Awards.

When Zoya rocked up at KU in 2015, however, she’d had very little experience in politics. While at high school in Overland Park, Kansas, Zoya planned to follow in her parents foot-steps and pursue a career in medicine. And that desire to help others has always remained. But it was the experience of being a first generation Muslim American that prompted Zoya to throw her energy into student politics.

Building an inclusive KU community has been a key part of Zoya’s work at KU. Coupled with the knowledge and skills she’s gaining through her majors in global & international studies and political science and a minor in middle east studies, we are excited to see what Zoya does next at KU, and in the future when she intends to pursue graduate education to prepare for a career in public policy.

Zoya discusses her experience with us:

Be like Zoya, check out KU’s Center for Global & International Studies, the Department of Political Science, and the Middle East Studies program. 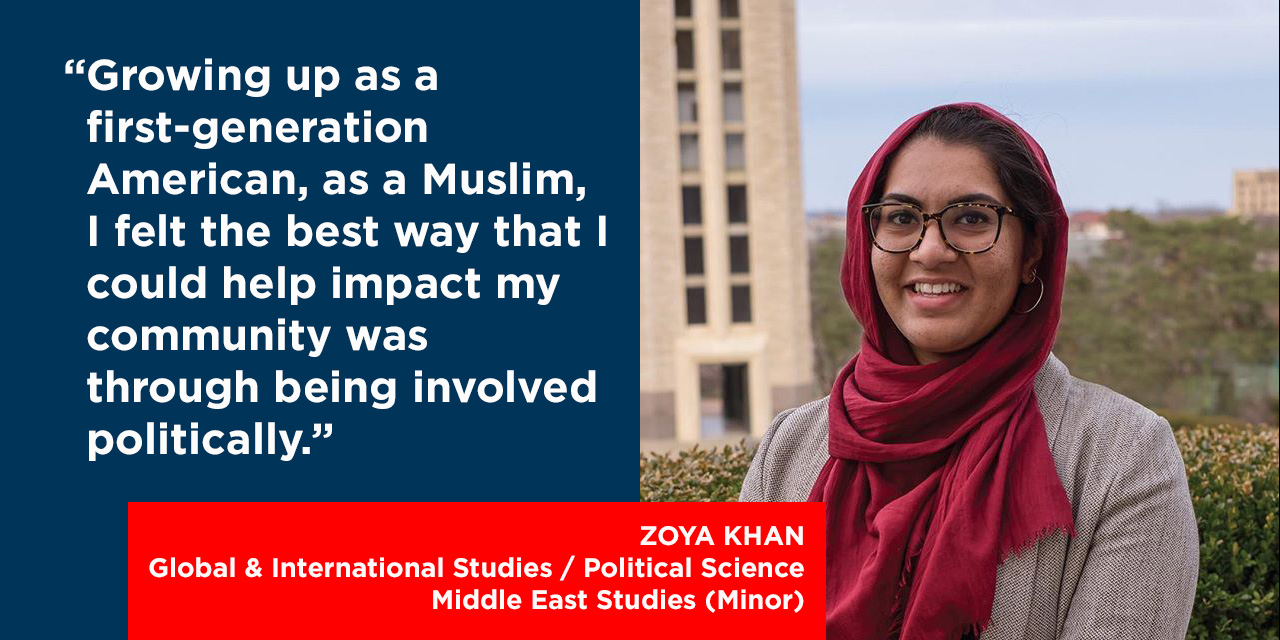 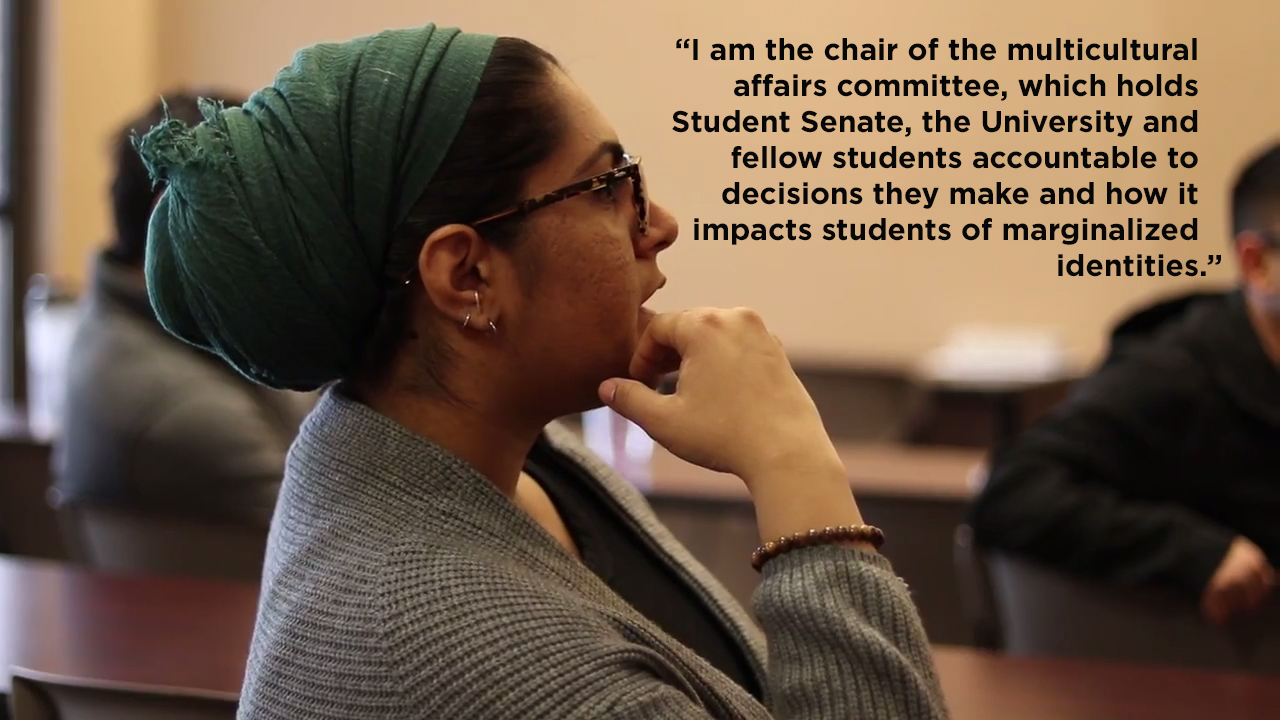 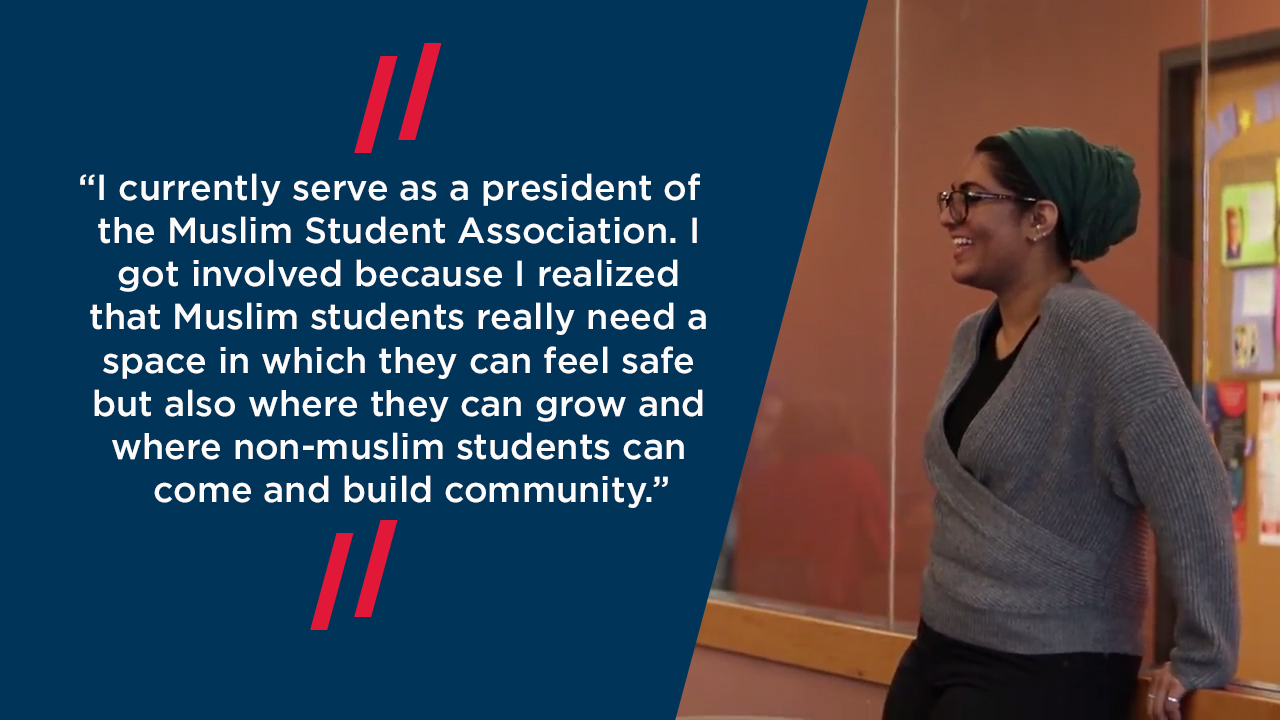