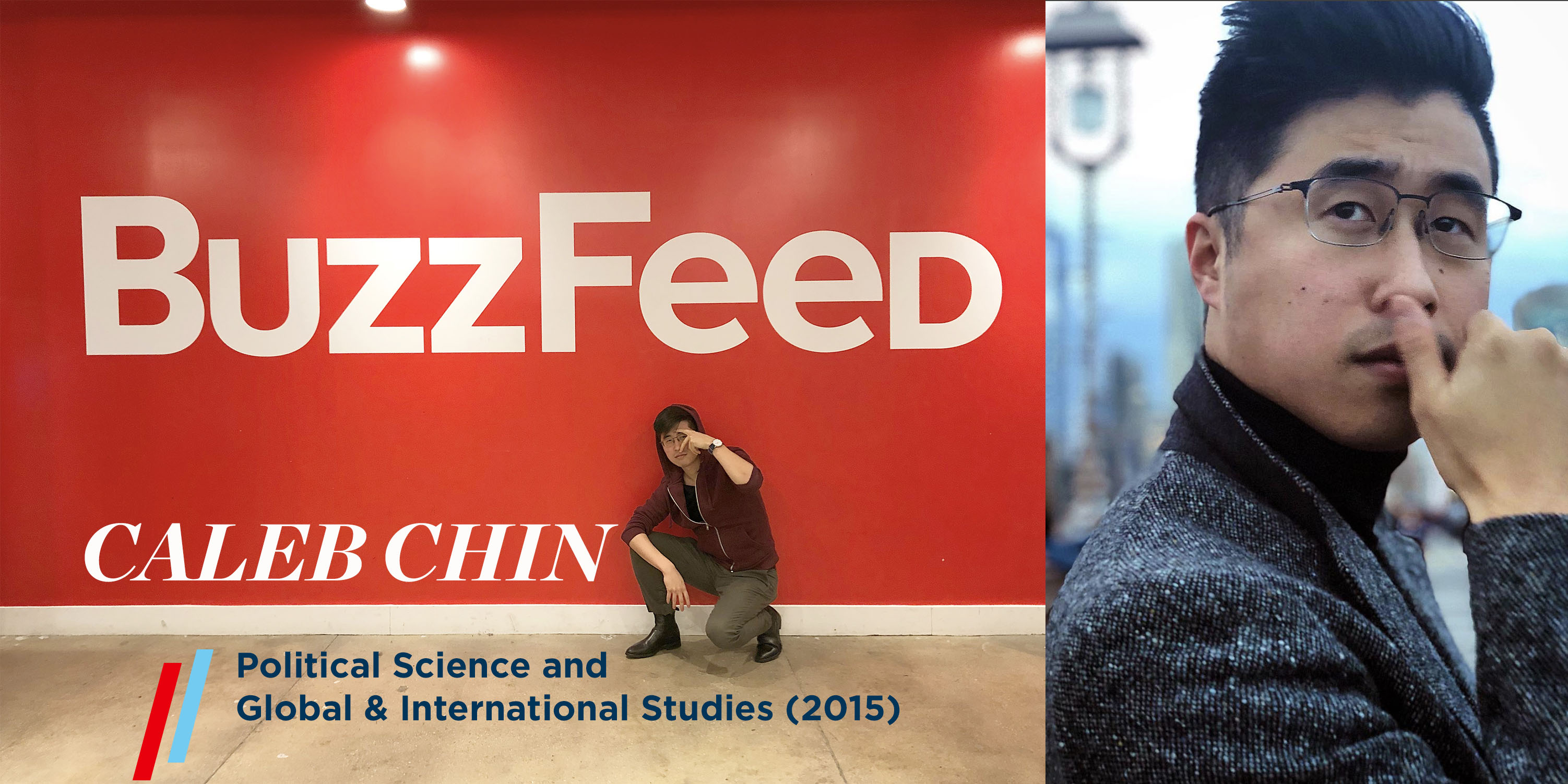 3 reasons why Buzzfeed social media strategist Caleb Chin is a Hawk to Watch:

1. Caleb creates innovative ways to tell stories on social media that are seen by millions

Ever wondered why that viral video on your social media is such a welcome distraction to your day? Caleb is one of the creative minds behind the kind of social media that goes viral. His videos for Buzzfeed alone have accumulated over 140 million views on Facebook and Instagram!

2. He takes risks, and learns from his fails:

Caleb’s risks have landed him in trouble a few times. In his senior year he made a parody Twitter account of the KU Chancellor. While he was asked to take the account down by the university, he was offered a job on the KU social media team as a student assistant, a moment that has led him to go after a career that he really loves. Oh, and he was also ahead of the curve in the world of cryptocurrencies at KU being the founder and only member of the university’s Bitcoin club!

3. He’s driven to succeed in order to give back to the Kansas education system:

Some people like money to buy fancy things. Caleb Chin is not averse to that, but he wants to succeed so that he can get to a place where he can give back to the funding of the Kansas education system, particularly in the K-12 sector.

I develop and implement social media strategy to make things that you like to see and share!

My biggest achievement so far was at the very end of my super senior year of college in 2015: I made a really simple site called DoesKansasHaveABudgetYet.com when the state legislature was months behind on deciding on a balanced budget, which meant state employees wouldn’t get paid (including all KU employees)! All the site had on it was the word “NO” and when you clicked on a link that said “How about now?”, it would just refresh the page. Later I changed it so it would show different gifs that all said “no” in one way or another. It ended up going semi-viral, got some news coverage, and clocked around half a million hits in less than a week. And that drove everything. 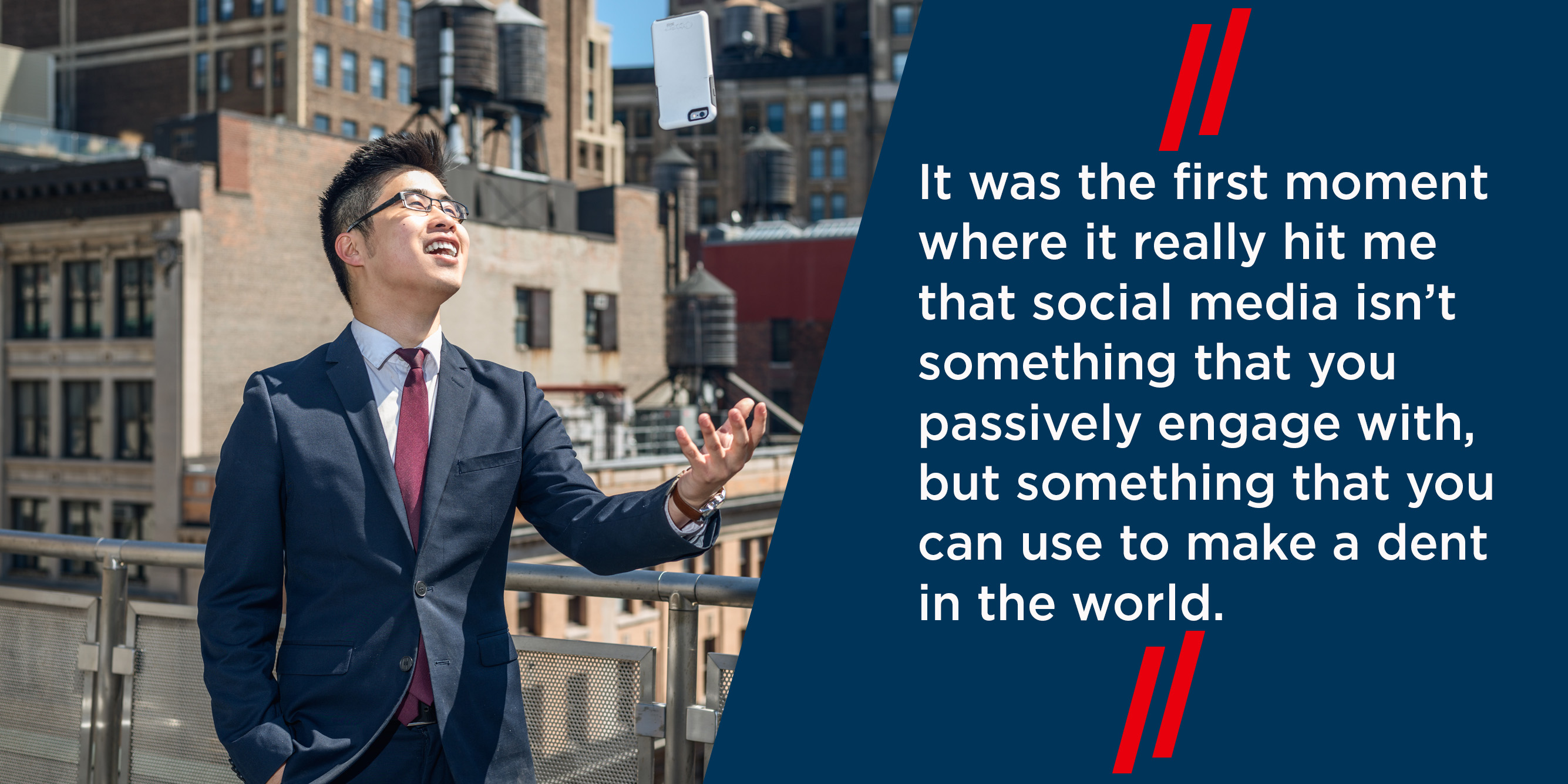 You can influence it, mold it and make your mark on it in a meaningful way. 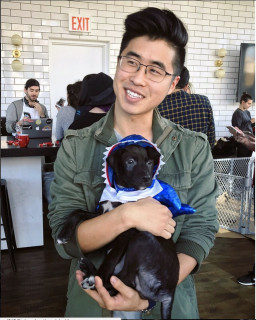 I got fired from being a resident assistant in my junior year of college. I lost everything in a day. The dorms were where I lived, where I ate, and where all my friends were. To have it all taken away from me was pretty soul-crushing and the public humiliation was a nice sting to the cut. I came close to dropping out and transferring schools.

After brooding for nearly a year, I finally decided to start over and told myself I never want to feel this way again. Getting fired forced me to take a deep look at myself, enter one of the most creative periods of my life, and it taught me that you can lose everything if you’re not careful, so be prepared and make yourself irreplaceable. Anyway, in a funny turn of events, KU actually ended up hiring me back! And it was none other than the College that gave me a second chance to redemption: I made my return as a KU employee as a student assistant for the College (I’m still not sure if they knew about my previous termination, I was too afraid to ask) and a few months later Katie McCurry from KU Marketing Communications took a chance on me as a social media student assistant, which gave me the foot in the door I needed to pursue social media as a career. I owe everything to her.

Looking back, I thought my life was over but it turns out getting fired was the best thing to ever happen to me. Otherwise, I would have settled and never chased after what I really cared about.

I don’t think my headlights are that bright because life moves too fast, but ultimately I want to be in a place where I can give back to the funding of the Kansas education system, particularly in the K-12 sector. Once you gain it, no one can take away your education, what you learn outside of it in the process, and the connections you make. Education is the greatest ladder for economic ascendancy, and we have a shared responsibility to make sure everyone who wants one gets a fair, affordable shot at climbing it. 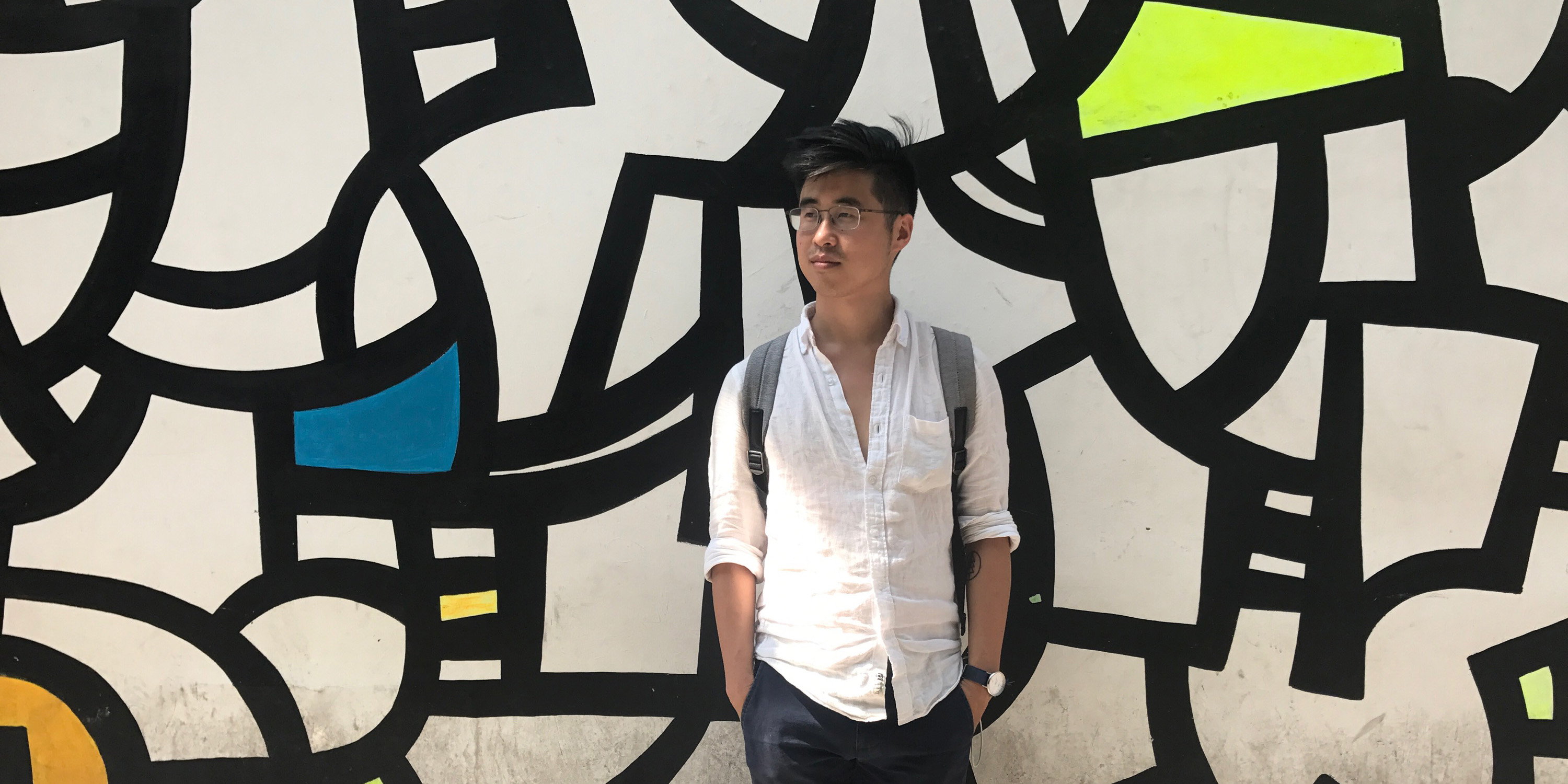 The only thing any of us really has in our life is time. It didn’t feel like it back then, but right now I feel like that time is bleeding through my hands. But if you invest that time in yourself and have meaningful experiences that you’ll learn from and better yourself, there’s no way to lose. So don’t wait, never settle, and embrace grandiose ambitions while time is still on your side.

This is something I’ve forgotten myself: 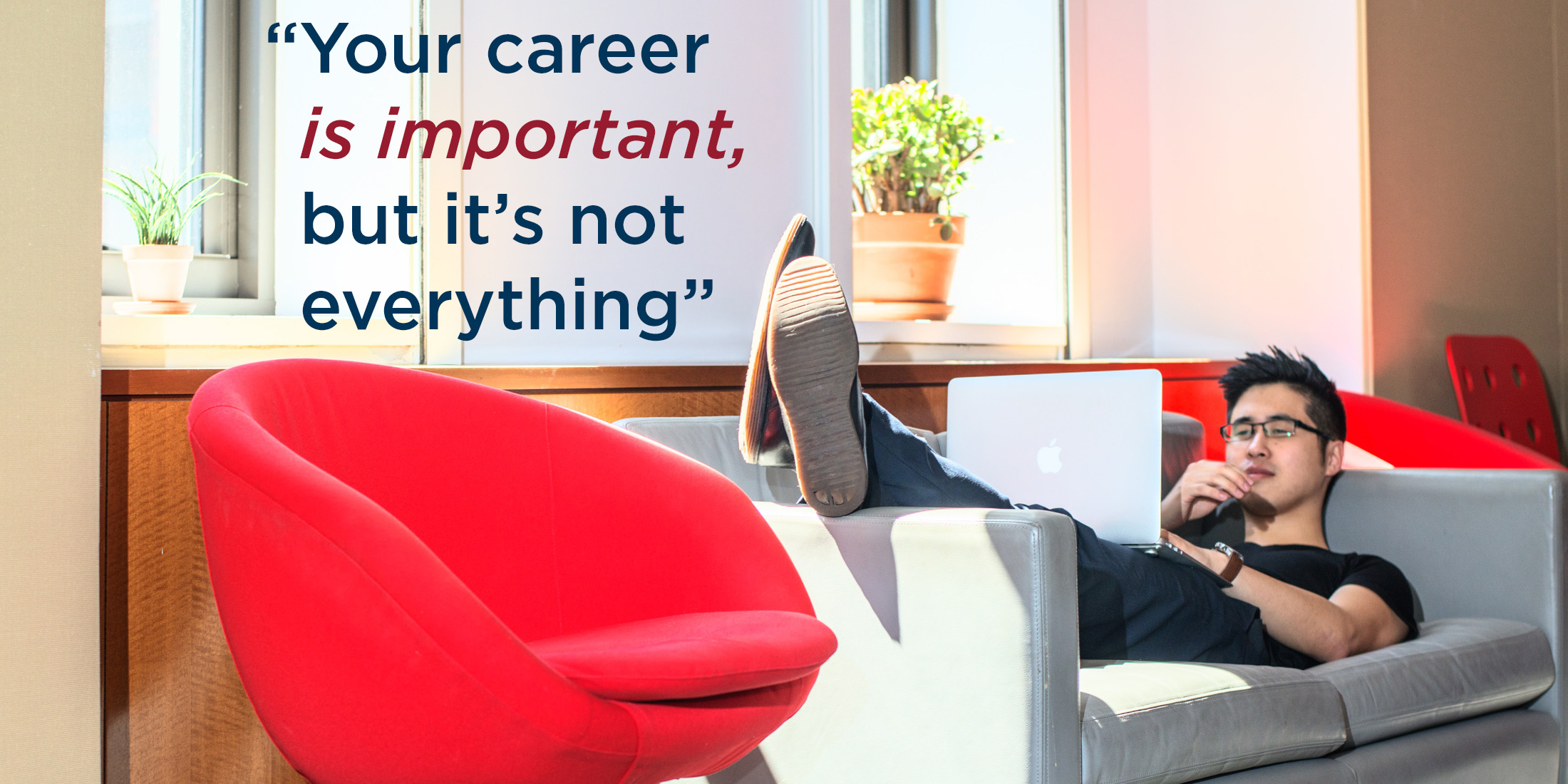 Make sure you don’t sacrifice cherished relationships in the haste of your own ambitions because you’ll miss not giving them enough attention down the road. 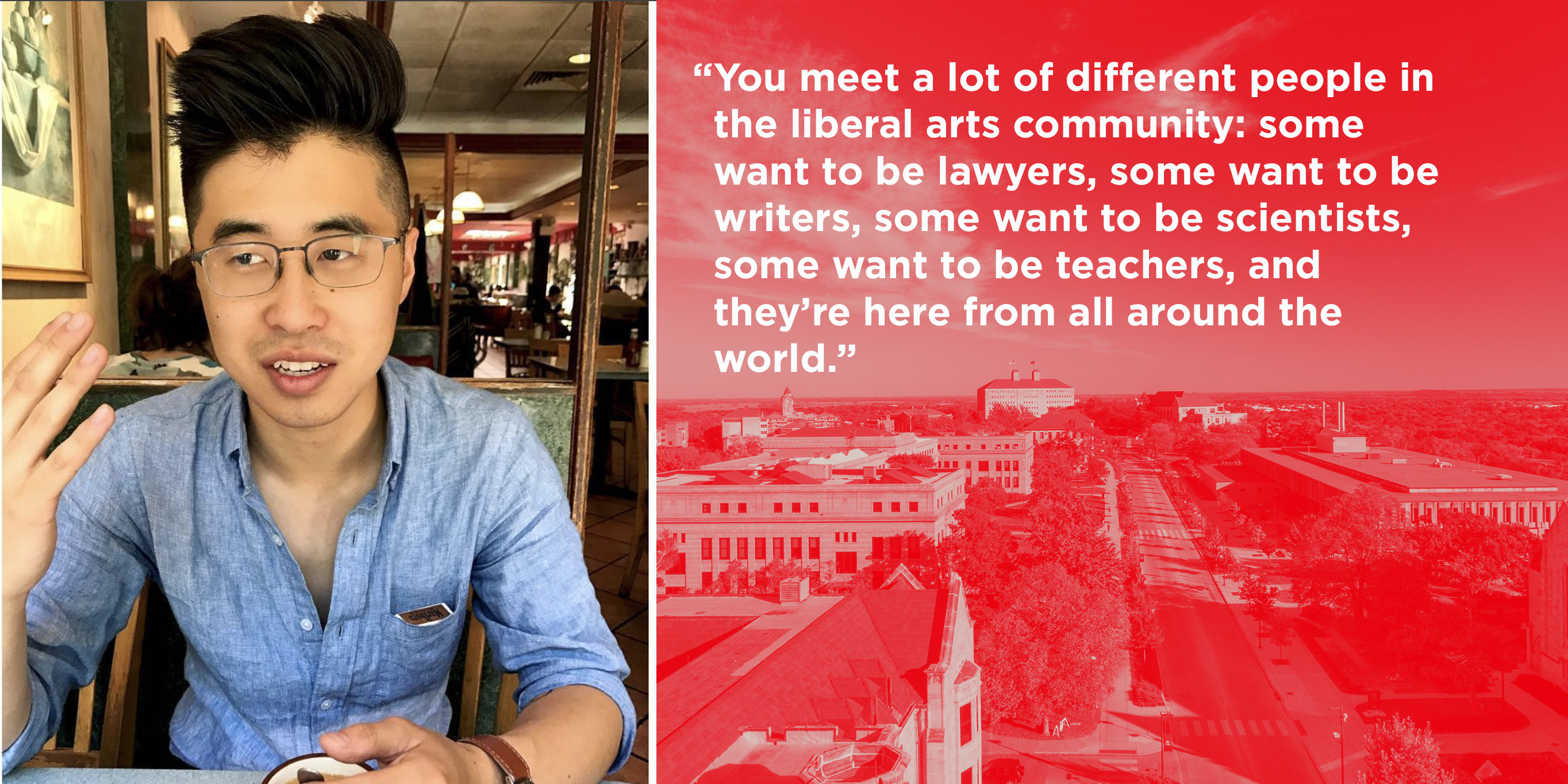 Talking with other students on my way to graduation helped me understand people from all walks of life better and how to figure out what people like to see and hear, what gets them engaged. Finding out what gets people’s attention is a skill that’s valuable in every aspect of life.

Much of my learning happened outside of my classes but still within the ecosystem of the KU campus. I ended up getting so much from interacting with my peers, new environments and situations. I kind of aggressively tried new things and college taught me what everyone finds out eventually: 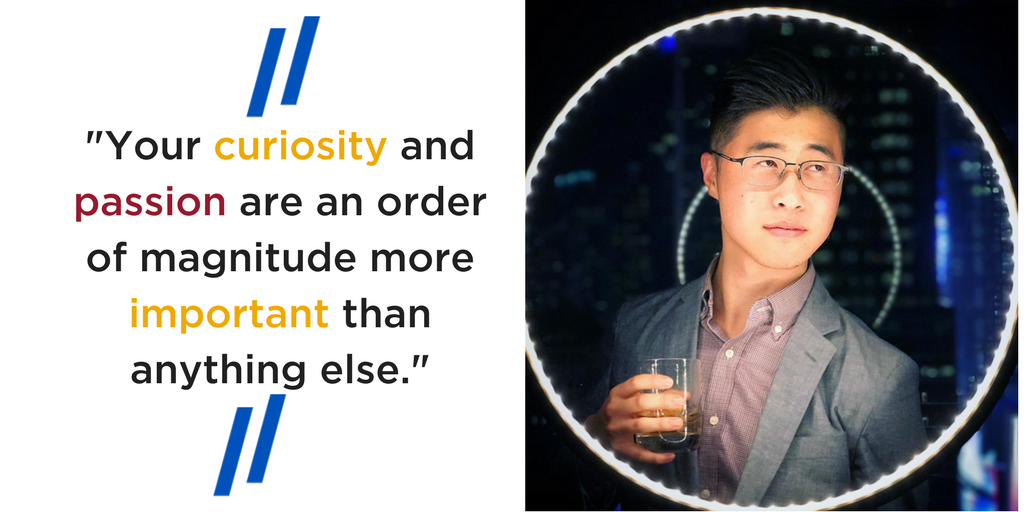 I love wandering around New York City and exploring all of the different neighborhoods. I also like checking out what headlines, images, and videos are hitting on Facebook, Instagram, Twitter, etc because the landscape changes every day. Lastly, I’m a big fan of work hard, play hard and there’s no shortage of rooftop bars in New York City. Right now I’m on a quest to find the best Old Fashioned in Manhattan. (shameless plug for my instagram lol: @thecalebchin). 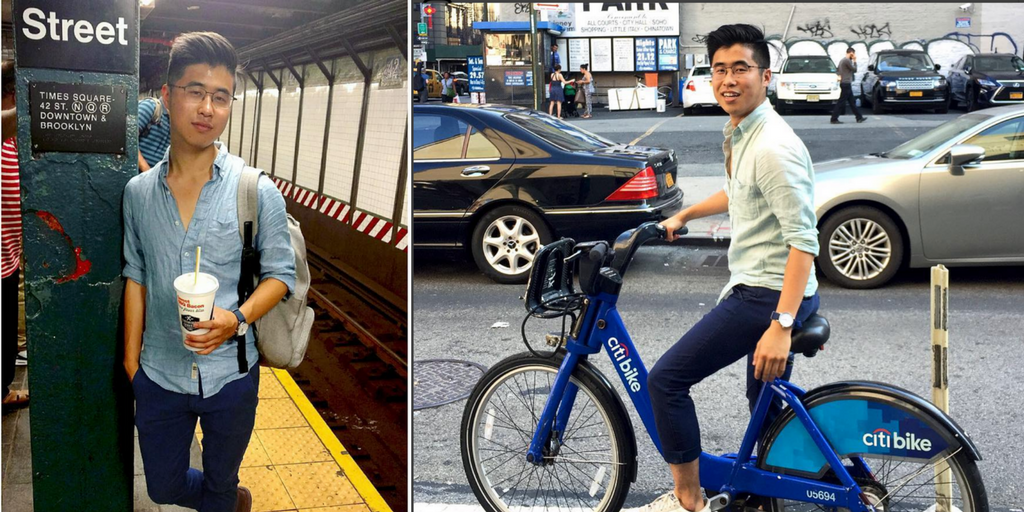 Yes! This is my chance! Did you ever hear about the Bitcoin club at KU? NO. I tried starting a Bitcoin club back in 2014 but no professor that I approached would sign off on it to make it official. Nobody even showed up to the first meeting I held. I even offered free bitcoin to help people get started! I sat alone in the middle of the student union for half an hour. Bitcoin was maybe around $350 per BTC at the time. Now it’s at almost $6000. Someone should try making another cryptocurrency club at KU and hit me up if you do! I think cryptocurrencies are still one of the most exciting things going on in the world right now. 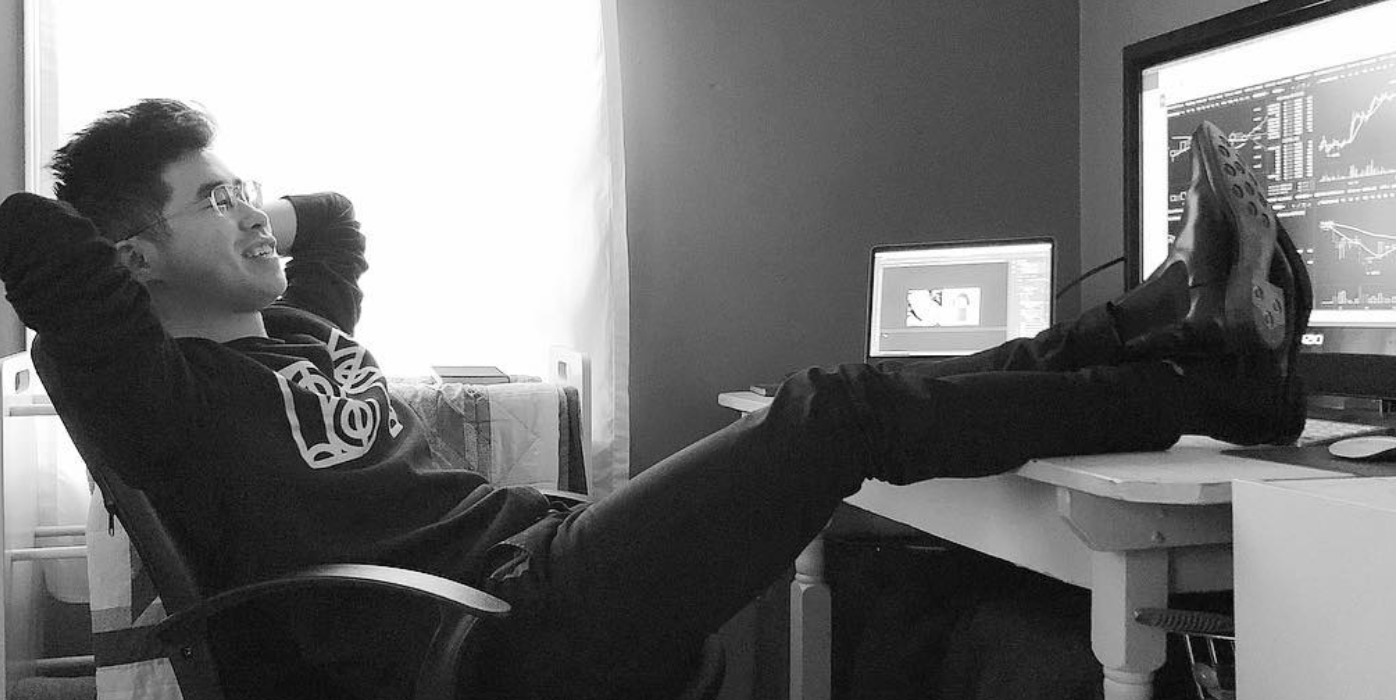 Be like Caleb. Here’s more information on studying Political Science and Global and International Studies at KU.