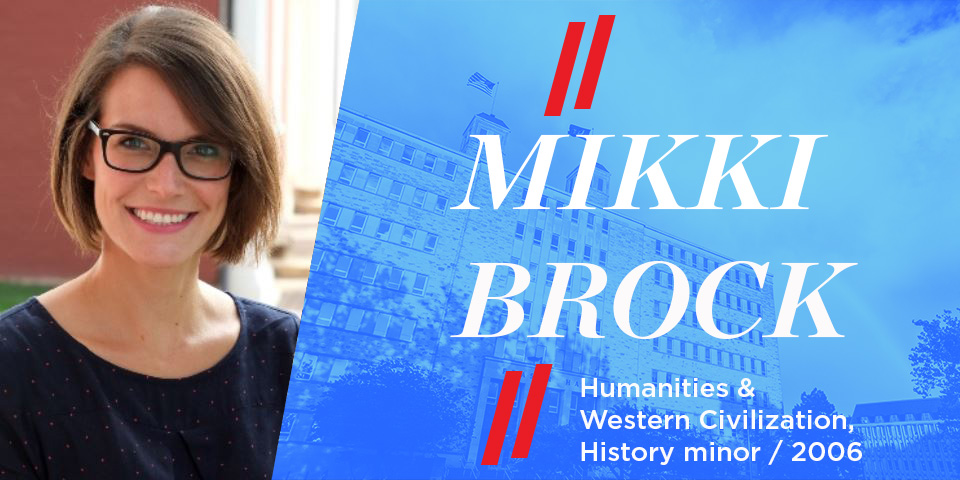 Why Mikki’s a Hawk to Watch:

Witches and demons are everywhere. They make themselves known in TV shows, movies and video games, appearing as the nemesis to humans in horror movies or as heroes like Harry Potter and friends. The language of “witch hunts” has also made a come back in 2017 and 2018, invoked by prominent celebrities and politicians to decry a wide range of investigations that have dominated the news. This did not go unnoticed by Mikki Brock, a KU College alum and historian of witchcraft, demonology and much more at Washington and Lee University.

All of the research and ideas that went into writing her debut book, Satan and the Scots: The Devil in Post-Reformation Scotland, c. 1560-1700, gave Mikki a way into contemporary discussions around witch hunts. In October 2017, she debunked the current use of the term witch hunt in a Washington Post article titled ‘No, there is no witch hunt against powerful men.‘  Inspired by the undergraduates in her  ‘Age of the Witch-hunts class,’ Mikki wrote an article examining the different reactions we all have to atrocities of the past: the  tens of thousands of victims of the early modern witch hunts (1450-1750) are generally afforded empathy, while reactions to modern crimes commonly involve elements of ‘victim blaming.’ Mikki also draws on her historical knowledge to talk about popular video games, such as Diablo III. It’s Mikki’s success bridging both the rigors of being a published academic scholar, an engaged teacher, and her contributions to public debate and popular culture that makes her our April Hawk to Watch.

I am an assistant professor of British history at Washington and Lee University.

Besides getting the Ph.D., I’d have to say the publication of my first book, Satan and the Scots: The Devil in Post-Reformation Scotland, c. 1560-1700, in 2016. Writing a book is truly a labor of love—sometimes more labor than love!— but I still feel a thrill every time I see the copy in my office.

So much of life as a professor is a rollercoaster. Rejections— of articles and book manuscripts, job and grant applications, and so forth—are an unpleasant but expected and necessary part of the academic path. The key is not to take rejections of one’s work personally, even though it often feels personal. At low moments in my career, I try to translate criticism or “failures” into motivation to move forward and create space for new ideas and inspiration. Hearing “no” is never easy, but it is crucial to remember that everyone gets rejected or has missteps in their careers.

A full professor, finished with my second book, and still excited every day about teaching history. I’d also like to be more involved in communicating about the importance of history to audiences outside the walls of academia. 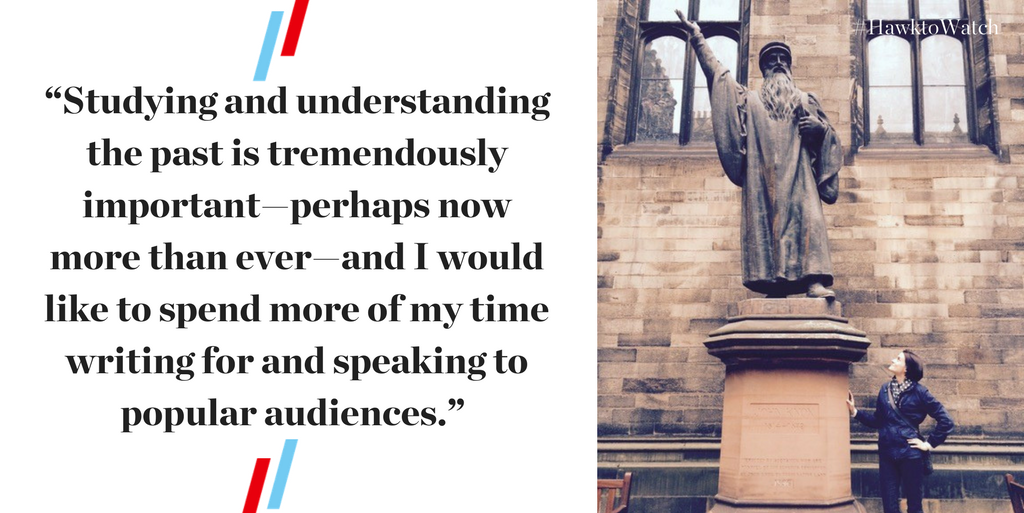 That life is profoundly unpredictable, and no amount of planning or worry can completely dictate how things will look one, two, or ten years down the road. Be open to new ideas and experiences, and remember that self-worth should not be determined by achievements and accolades.

Do what you love, and don’t be afraid of hard work and taking risks. At the same time, learn to say no when you need to. I think this is especially important for women to hear, as we are so often socialized to say “yes” to meeting the needs and demands of others.

As a professor at a small liberal arts college, my training in an interdisciplinary major where I was exposed to a range of fields and perspectives has proven invaluable. 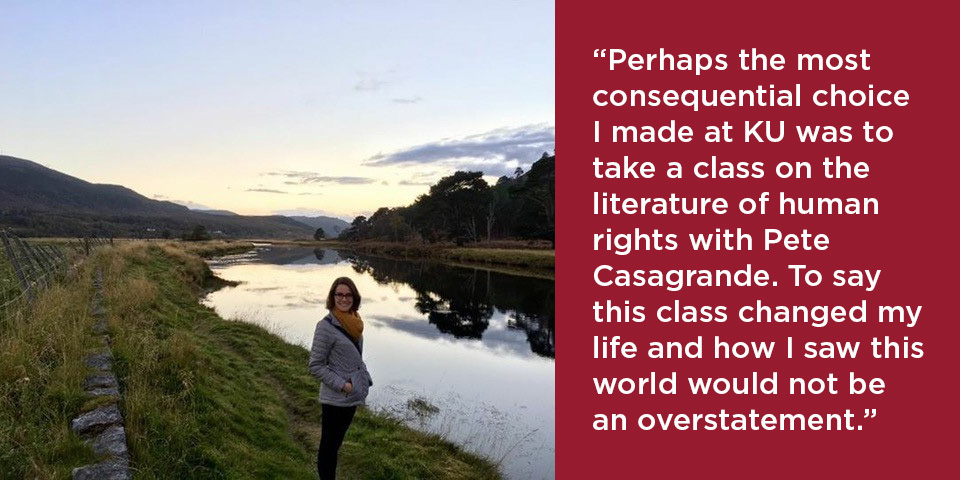 Until this course, I had never carefully considered how structures of power operate, how meaningful social change is actually achieved, or how historical figures we tend to adore or abhor are so much more complex than they appear at first blush. This is not because the professor spoon fed us his own beliefs and interpretations, but rather because he asked, prepared, and empowered us to critically investigate our own. I now try to do the same for students in my own classroom.

I have two academic experiences that really stand out: In summer of 2005, I studied abroad in the U.K. with the British Summer Institute. It was there, on the streets of Oxford and Edinburgh, and in conversations with Mary Klayder, that I first considered pursuing a PhD in British history. The following fall, I took a course on Medieval Russian History with Eve Levin, who provided essential guidance (and endless patience!) as I applied to graduate school and completed an honors capstone. 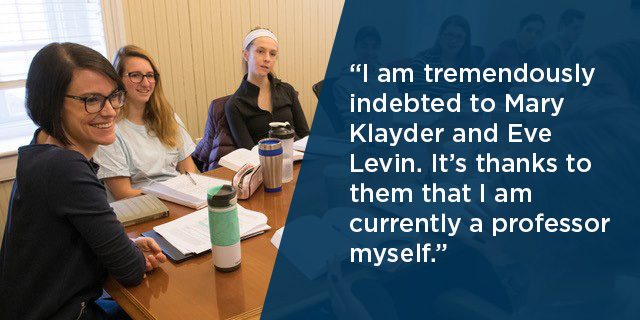 I’m an avid reader of fiction, and I spend my summers and breaks reading as much as I can. In the last couple of years, I’ve taken up running, which I really enjoy and is an awesome stress reliever. I’m also a bit of a politics junky, and I love great journalism—I read lots of newspapers and magazines, keep up with Twitter, and regularly listen to political podcasts. Not sure if this counts as a relaxing hobby, though.

Due to a childhood spent in Dallas, I have an exhaustive and encyclopedic knowledge of 90’s country music songs and their lyrics. This is especially surprising given that I don’t regularly listen to country music.

Be like Mikki. Here’s more information on studying humanities and history at KU.